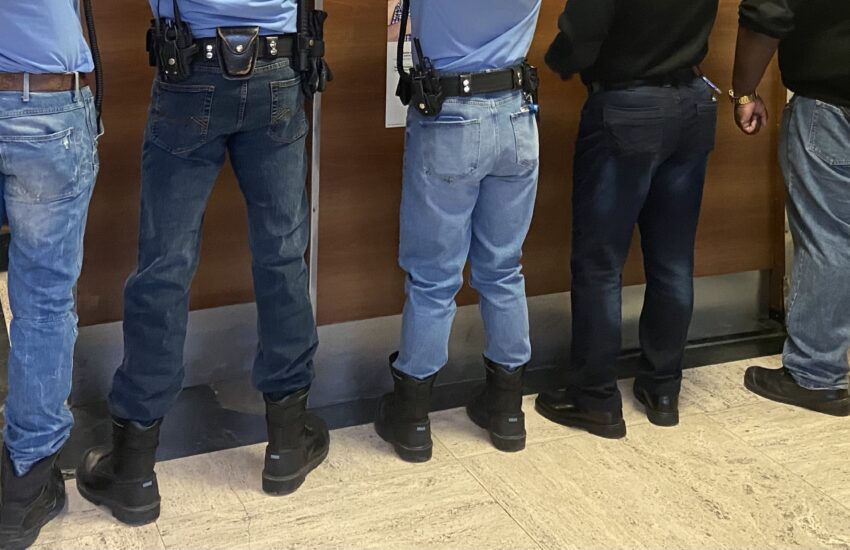 For months our security guards have been asking for a reclassification because they do much more than the work described in the government’s Nomenclature, they should be reclassified as Institutional Supervisors (Surveillants en établissement).

Unfortunately, the MUHC has chosen not to recognize the facts, not to give its employees their due and to persist in keeping them at a lower salary.

In these times of understaffing and a general feeling among our members that they don’t matter to management this is a very bad message that the MUHC has chosen to send.

Thus, the security guards asked the union to support them.  Don’t be surprised to see guards in jeans, they want to be seen…. in order to be heard, they expect fair treatment, they expect a fair pay for a fair day.

Let’s give them our support because it is well deserved.