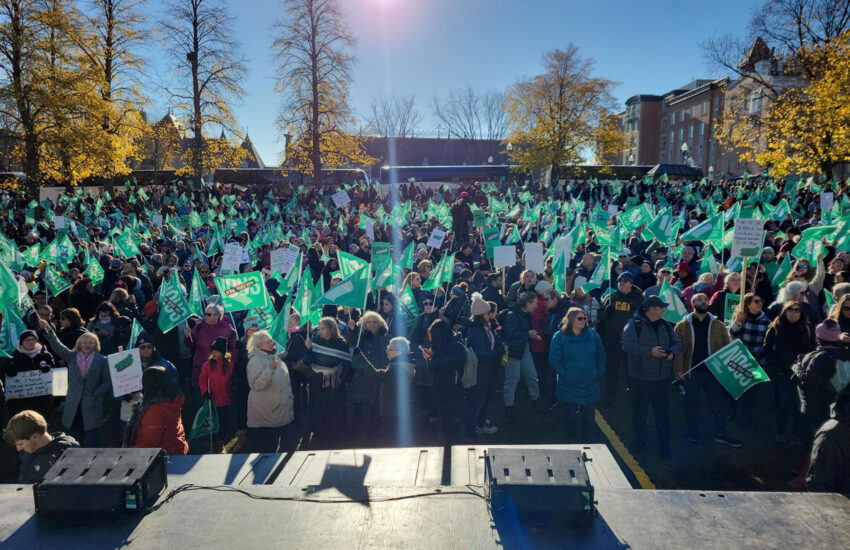 The demands made by the Common Front are the result of a broad process of consultation with its members and are aimed in particular at enrichment and permanent protection against inflation that guarantees the maintenance of their purchasing power.

The Common Front presented its demands to the Conseil du Trésor today in the context of the round of negotiations for the renewal of public sector collective agreements that is beginning.

“Today, for the 420,000 workers in the education, health and social services and higher education networks that we represent, this is an important step in the negotiation process. Because over the years, working conditions have largely deteriorated and salaries have become clearly insufficient. Providing quality services and working for the well-being of the population is a priority. But we still need to have the means to do it… and enough people to do it,” added the union leaders.

The Common Front’s demands are the result of a broad consultation process with its members and are aimed in particular at enrichment and permanent protection against inflation that guarantees the maintenance of their purchasing power.

In concrete terms, the salary demands are as follows

The union organizations that make up the Common Front remind us that these women and men who work with heart and pride every day are part of the daily lives of Quebecers. Not a week goes by without public discussion of their difficult working conditions, the shortage of personnel and the major consequences this has on the services offered to the population.

“The time has come to take concrete action. And this necessarily involves negotiation. It is urgent to improve working conditions and to raise salary conditions. We hope that these negotiations will be conducted with the seriousness that the current context demands. The ball is now in the government’s court,” said the union leaders.

About the Common Front