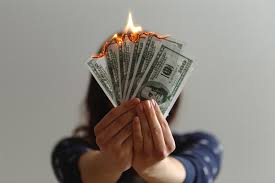 Mr. Legault seems to have finally realized that PAB’s are poorly paid, but this is only a first step.  His desire to increase only a part of the PABs and the ASSS does not hold up. The simple reason is that all jobs are poorly paid by the healthcare sector and this has been going on for far too long.

Let’s take the example of two trades that play a crucial role in the proper functioning of all the vital systems of a hospital: electricians and plumbers and this example is valid for the other trades as well.

Let’s compare subcontracting costs with the public sector labour costs for the electricians and plumbers.

Surprised!  The “fat cats” in the public sector is not nearly as much “fat cats” as people think!

Our hospitals therefore pay 89.46% more for an electrician from a subcontractor (institutional sector) and 85.57% more for a plumber.

And that’s not to mention the astronomical rates that subcontractors charge for working overtime or evenings, nights, weekends and holidays.

If we take the total cost of labor:

FOR EACH HOUR WORKED, an electrician employed by the public system costs $28.04 per hour less and the plumber $26.76 per hour less than the outside contractor.

In the public network, for more than 15 years, the salaries of all healthcare  personnel have been declining compared to private sector jobs, and our salaries don’t even keep up with inflation.

The salaries of the trades, Administrative Officers and many others, are so low that no one wants to come to work in the health sector. The other part of the problem is that the administration of the healthcare system, like the government, is plagued by the illusion of subcontracting, the illusion that subcontracting saves money.

Health institutions are complex gears and everyone has an important role to play. What will the surgeon do if electrical or gas systems (plumbing) fail while operating on a patient?

Even with an increase of $3 per hour our electrician would still cost $5.17 per hour less than the subcontractors who work in our institutions.

Every year, tens of thousands of hours of work are outsourced because of staff shortages and every year tens of millions of dollars are wasted because of governments’ stubborn determination to keep public service salaries at the lowest level.

So Mr. Legault who is unreasonable?  Who is costing the public treasury dearly?  Who is making the deficit worse?

So Mr Legault how can you claim to defend the public treasury when you pay year after year 81% more for each hour worked by private electrical contractors and 77% more for plumbing contractors?