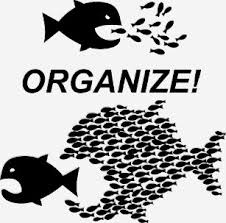 Union mobilization in times of crisis

The government has suspended a large part of the collective agreement and has given the bosses the right to move workers as they see fit.

The problem with that is that sometimes Management make very bad decisions.  In Laval and the CHSLD Ste-Dorothée, the bosses have moved the PAB’s, the housekeeping and the nurses to several floors and even to other CHSLDs and the hospital.

These workers were not tested under the current protocol, so employees who were infected and had no symptoms for 1, 2, or 3 days probably unintentionally contaminated their colleagues and patients.

The result is a disaster.

We went from 5 cases of contamination on April 3 to 129 cases among residents and 48 among employees on April 7th, and that is only for the CHSLD Ste-Dorothée.

For the past two weeks, the CSN union in Laval has been fighting, multiplying interventions, press conferences and press releases to journalists to denounce the catastrophic management of the workforce.  The union was not alllowed to mobilize so it increased the media pressure and it has risen dramatically.

And today, April 8, the union won its battle.  A magnificent victory!  Minister McCan gave in to all the demands of the CSN Laval union. From now on:

1- there will only be dedicated teams per care unit

2- employees will not be sent to another establishment

4- Across Quebec, the government will send 450 doctors and 500 nurses as reinforcements and assign them to a single location.

You read correctly, “across Quebec”, the Laval union put so much pressure that this victory does not apply to the CHSLD in Laval, it applies to all institutions for the elderly in Quebec.

That is how we can make things change, protect the public and our members in these times of major crisis.  This is a great union victory.

Congratulations to the entire CSN team at the CISSS Laval.

Connect with your union for the latest news