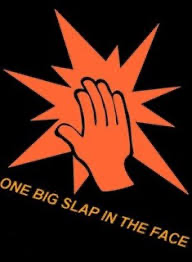 On the battlefield against covid19 all soldiers are crucial.  Doctors, nurses, professionals and… PAB’s, housekeeping, kitchen, laundry, trades, administrative agents, etc… Everyone’s work is a piece of the puzzle and every piece counts.

But the Legault government, like the Liberals, does not count in the same way for everyone.

For a minority of beneficiary attendants, he offers a bonus: 8% of his salary or $1.79 per hour for a total of $12.63 per day. The medical specialist who goes to the CHSLD not as a medical specialist but to help the PABs and nurses will receive $211 per hour….up to $2500 per day!

For the general maintenance worker who is so badly needed to clean all surfaces and prevent contagions, he will only receive $0.78 per hour.

The premiums are not only unequal between “guardian angels” but they exist only for the time of the crisis.  Then the government prepares to return us to our low wages.

This is the government as it is.

We, who have always held our hospitals and CHSLDs at arm’s length, and even more so in times of crisis, would like to scream.  What would the doctors do without the PAB’s, without the hospital kitchen that feeds everyone, without the laundry room, without the trades that keep the electricity, plumbing, equipment, running, etc..?

We, the ones left behind, are tired of being treated like this.

Guardian angels have been getting poorer for at least 20 years.  Legault declared during a press conference that he was surprised that the public sector is having difficulty recruiting PABs and it’s also difficult to recruit administrative agents, painters, cooks, etc… You don’t have to look very far to understand that salaries are too low FOR ALL JOBS “AT THE BOTTOM OF THE SCALE”.

Yet for the past year the government has never offered and still does not offer to correct these 20 years of injustice and, let’s face it, contempt.

Even today, it is still offering, for the time of the crisis, an 8% bonus to a minority of employees and a 4% bonus to others who work just as hard and who are just as essential to the operation of a hospital or a CHSLD.

Contempt is enough, Mr. Legault. No need to call us “guardian angels” if it is to treat us like nothing.

We want a fair bonus, but above all we want a salary that will correct the injustice that we have been experiencing for more than 20 years.  We want $3 per hour for all our job titles in 2020, we want 1$ per hour or inflation for the years 2021 and 2022.