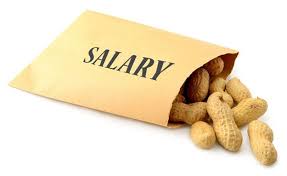 The SECUSM by this letter, would like to express our dissatisfaction with your strategy in this covid-19 crisis.

First of all, concerning the negotiations, you already know our position.  You had a mandate from our members for the $3, $1, $1; but at the first opportunity you dropped the fixed amount increase that we (the floor), had managed to get passed. This request reflected the need and urgency to have a real increase and not to have you accept just peanuts for the employees.  You went with an outrageous counter-offer to delay the deal for 18 months and a2.2% wage adjustment for 2020 and 2021. Let us tell you that you that we are angry that you are playing with words, such as salary adjustment instead of an increase.  Well! These percentages should never have been proposed by you on our behalf! It goes against what we need as low-wage earners and against what you were mandated. 2.2% represents an increase of only $0.43 for those at $19.69 (hygiene and sanitation, food service attendant, laundry and other) which is clearly insufficient for employee retention and attraction, and to live on. We understand that the government would have made us an offer like this, but coming from the FSSS and the CSN, is totally unacceptable! This shows us just how much you don’t understand and how far you have distanced yourselves away from the workers you represent.

Secondly, we would like to understand how it is that we must have a consensus within the CCSPP for everything related to negociation but that at the first opportunity the FP federation accepted a sectoral agreement which is poor and contains nothing more than what we already had and which in times of pandemic proves to be clearly insufficient. It is all well and good to say that the FIQ is corporatist and accepted insufficient offers, but we have a federation within the CSN that is doing exactly what we denounced!

Third, we are well aware that François Legault’s popularity is unprecedented. Certainly he and his team were able to manage the crisis correctly with respect to the population in general, but we should not be fooled by the fact that he is very good at controlling information by holding these press briefings every day at 1:00 p.m. In addition, his management of our health and security to us “guardian angels” is more than deficient and the situation of the CHSLDs reveal the total absence of plan and preparation. It is our duty to denounce these remarks when they are half-truths or outright false. Such as when Mr. Legault affirmed at his press briefing on Monday, April 13 that he would like to improve the lot of the managers but that it is the unions that refuse. We do not understand why there was not a press conference to set the record straight. When all the media are turned towards us, why there is no advertising campaign or press briefing to inform the population about the truth. On the grounds that the lack of staff does not just affect the doctors nurses and PAB, yes they do an exceptional job, but they are not the only ones, that a hospital needs all its job titles to function and not just PAB nurses and doctors! As well inform the population that when the government talks about increasing the PAB or giving them an 8% bonus because it did not get along with the unions, that it only talks about those working in the CHSLDs and in the long term facilities.  Yes, Josée Marcotte wrote a letter published on Facebook to denounce the government’s lie, but it takes more than that because not everyone sees a post on Facebook. We have to go public outings, press conferences and advertisements to inform as many people as possible and reach as many people as possible. We strongly believe that you should put a lot more media pressure on this government and these issues. Many good things have been done and many interviews conducted by the Laval union have been done but without ever being relayed by the FSSS, why? Quite frankly, the Laval union puts a lot more pressure on the government on its own than the FSSS has been able to do and gets a lot more results as well. Shouldn’t we use everything we have to get what we want, to ask the question is to answer it. It is important that our members and the population see that the FSSS and the CSN are doing everything in their power to improve our conditions and, by the same token, the services offered to the population. You owe it to yourself to be as visible as possible.

We’re asking you to take the bull by the horns and be visible to the media and hammer home our messages as well! Among other things, demanding that the testing of all the staff and to restore the our demand to be given more than just peanuts for once.