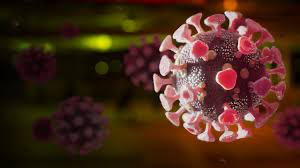 Disciplinary action can be taken!

The human resources department tells us that they are going to investigate whether some people may have reported symptoms because they are afraid of being infected at work in order to stay at home.

Being afraid of being infected at work when your employer can’t really guarantee that you will have access to adequate protective equipment is just… normal.

The fear of the employees and the possible panic reaction of some people can be explained not only by the danger of the virus but also by the conditions in which they work.

The guidelines on N-95 masks, gowns, visors are changing, as are the guidelines on isolation.  A few days ago the recommended containment was 14 days, today according to the INSPQ it would be 7 days in some cases!  The INSPQ recommends cutting the containment time in half, but the corona virus has not mutated to become less dangerous,

Although all health care personnel should be tested, they are not tested because there are not enough tests and laboratories to do the analyses. Working without knowing if colleagues are infected is also a source of stress.

In the beginning, only people with multiple symptoms were tested.  In the beginning we talked about 4 symptoms.  Three weeks later we talk about up to 10 symptoms.  In the meantime, the management of the CHSLD Ste-Dorothée refused to test two workers who “did not have enough symptoms” and 3 weeks later, 109 patients and more than 50 employees were infected in this establishment alone, which has at least 16 deaths.

What makes the policies on protective clothing, isolation and testing change?  The science?  Only part of it! It’s also the shortage of clothing, labour and testing that leads to changing the standards.

Public Health should set standards based on scientific data and the real need to protect the public and health workers so that guardian angels do not unknowingly become vectors. The INSPQ should not “calibrate” its recommendations according to shortages; it has a duty to say what MUST be done.

And let us ask ourselves the question: why are we suffering from shortages?

Why aren’t masks and other PPE manufactured in this country?  Maybe it has something to do with the madness of always finding “cheap labor” somewhere else, anywhere, but somewhere else.  In times of pandemic, the savings from “cheap labor” disappear instantly…  We learned on April 14th, that yellow disposable gowns must be transported from China by military cargo plane and the cost is so high that the cost of one (1) gown is … 15$…!

Why don’t we produce tests in this country.  Because we let the pharmaceutical industry decide for us.  We finance them with public money, but it is not their “vocation” to make decisions based on public interest, no ma’am, their vocation is profit, period.

So, what’s the latest big idea from human resources, they want to find time to investigate the few people who might have been so terrified that they want to stay home?

Instead of investigating a few terrified people, find adequate equipment to protect them, test everyone in the health network once a week, stop moving around untested employees from one unit, floor, department or building to another and you will see that the fear will go down quite a bit and quite quickly!

Fear is when we ask unarmed soldiers to go to the front.