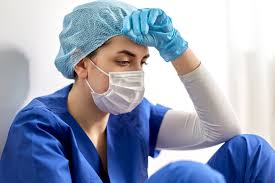 Everyone wants to get back to “normality”.  More than a month before Christmas, the Legault government is quick to announce that there will be a significant relaxation of the distancing measures, while we are in the midst of an outbreak and scientists warn that allowing more gatherings will pave the way for an explosion of cases.  Is that what we call good governance?

The government should learn from the first wave.  As soon as the number of contaminations began to drop, it drastically reduced containment measures which led us directly to a second wave.

With the measures announced we can already know that from the beginning of January we will have an explosion of cases.  Happy New Year to the employees of the health network!  This is not the year you will have a “break”.

The employees have held the network at arm’s length for over 8 months.  Our PABs, housekeeping, kitchens, security, laundry, the entire administrative sector as well as sterilization, laboratory services, etc….  All these people designated as “guardian angels” are exhausted, their devotion, once invisible to the general public, is now known and recognized by all.

And yet this government of improvisation maintains the same contempt that all previous governments have shown for us for far too long.

Contempt shows itself at the bargaining tables when a government spokesperson finds nothing else to respond to our wage demands than to say “…if they are not happy with our wages they just have to go and work somewhere else”.  That’s the contempt behind the government’s rhetoric and compliments.

The government is proposing a salary for the next 5 years that won’t even keep up with inflation. The government is preparing a wave of cases for the beginning of the new year, and we, who have always been on the front line in caring for the population, what should we think exactly?

Even if the pandemic hits hard we still don’t have N-95 masks for everyone in the red and yellow zone.  The government has not taken the means to systematically test health personnel. There are still outbreaks within the health services themselves. The government is playing with the health of “guardian angels”.

We won’t have a new collective agreement before Christmas unless the government decree’s one us to.   We won’t get a salary commensurate with our commitment, responsibilities and work, but we’ll inherit more infected patients, more work, more overtime and the inability to take time off to rebuild our strength.

Mr. Legault, enough is enough! Keep your compliments, they are not worth a real recognition.

We demand a real policy and real means to ensure health and safety at work.

We demand a wage increase of $2.00 per hour for all job titles;

We demand that the $1000 COVID lump sum be applied to all staff.