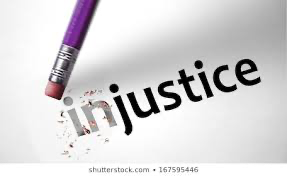 Open letter to the Prime Minister

So you are saying that the unions are not be accommodating enough, they have continued to insist for more than a year that all job titles deserve equal increases.  The unions refuse to allow the government to increase only beneficiary attendants and Health and social services auxiliaries – ASSS.

Because that is Mr. Legault, what your proposal is really all about.

You and the government are offering only a tiny percentage for everyone in other job titles except those two job titles mentioned above.

Mr. Legault, the demand of $3 per hour for everyone as of April 1, 2020 and $1 or inflation for each year in 2021 and 2022 are on the table because for 30 years now, governments have been imposing wage increases below inflation.

The guardian angels have been getting poorer for over 30 years.

Mr. Legault, our CHSLDs that you seem to be discovering don’t only use PABs, there is housekeeping which is so crucial to avoid infections at all times not only in times of pandemic, there is the kitchen which is so essential to our residents and so on for each room of the CHSLD machine.

Wages are so low that our CHSLDs, hospitals, etc… are not able to hire Administrative Officers, cooks, electricians… One thing is certain, there are two things that are equal for all employees in the “small trades” at this time:

Who is still fighting in the CHSLDs and hospitals?  Us, the PABs, housekeeping, administrative officers.

And that Mr. Legault, the population is starting to see it and your intention to leave 80% of the “guardian angels” out in the cold because you have discovered the impoverishment and the lack of personnel in two job titles, and well, it’s not going to work!

For us, you are perpetuating the ignorance and contempt of the Liberals.

There is only one thing that our members agree with you.  This is not the time to negotiate, they, our members don’t even have time to think about it, they are too dedicated and busy on the front line.

The honorable thing you can do is to correct some of the injustices that they have suffered over the last 20 years.

And that is to adjust their salary, not a bonus, the salary of all job titles in the categories represented by the CSN.