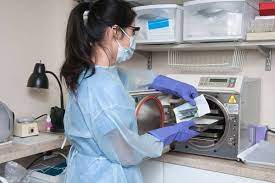 The union met with Dr. Gfeller on July 13 to discuss the problems at the MDR.  On July 21 we met with the Deputy Director Mr. Michel Picard as well as several managers of the MDR and we took up the points presented to Dr. Gfeller in much more detail which are:

At the MDR there are continuous violations of contractual obligations by the management,

Our meeting with Mr. Picard and the other managers was encouraging.  They promised to integrate the MDR into LOGIBEC and that the schedules would be available.  Management also agreed to look closely at the issue of respecting seniority in training on the jobs by setting up a training program that respects seniority and is transparent. Management will also look at posting vacant positions.

The complete renovation of the department at MGH is confirmed and a meeting will be organized to present the project.

The union will be meeting with the MUHC in mid-September to follow up on the changes that need to be made for training, posting of positions and respect of seniority.

We will keep you informed of all developments.